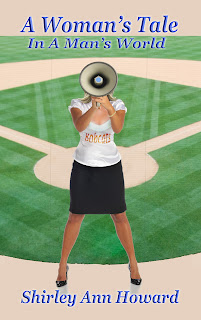 Kristina Lansing is a Harvard-educated MBA employed as an executive for the Boston Bobcats, a professional baseball team. As the lone woman in management she struggles to prove herself daily, even though—or maybe because—her family owns the team. To complicate matters, she becomes involved with their 'ace' pitcher due to become a free agent at the end of the season. Shareholders, the media, other players, and rumors of trades produce an atmosphere where business, sports, romance, and family collide in a quagmire of corporate in-fighting. Can Kristina find the skills to succeed? Or will she succumb to the many emotions she feels as a woman?

More info and links when available.

Shirley Ann Howard
After a professional career teaching and counseling, I now devote my time to family, sports, and writing.